China attaches great importance to the strategic position of 5G. The government vigorously promotes the development of 5G technology, standards and industries. Since the establishment of IMT-2020 (5G) in 2013, China's 5G has developed rapidly. The first and second phases of China's 5G technology R&amp;D test have been completed. By September 2018, the third phase of non-independent networking (NSA) test has also been completed, and the process of independent networking (SA) test is more than half. 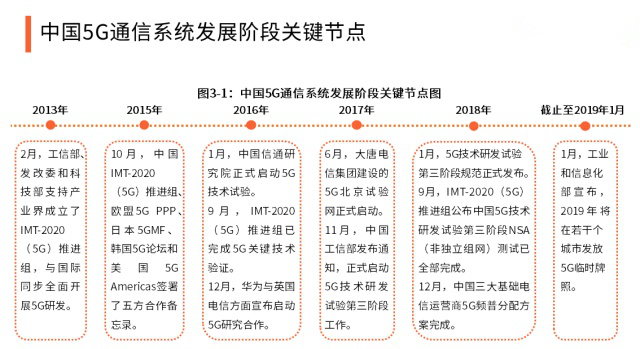 Driven by favorable policies, technological progress and market demand, major global economies have accelerated the development of 5G commercial landing. At present, China's 5G industry has formed four major industrial chain links: planning, construction, operation and application, with broad prospects for industrial development. According to iiMedia Research (AI Media Consulting) data, in 2018, the revenue of related enterprises in different links of China's 5G industry chain exceeded 100 million yuan, and the industry is in a rapid development stage. It is estimated that the number of 5G links in China will reach 428 million in 2025, and the direct economic output will reach 3.3 trillion yuan. With the deepening integration of 5G into many technologies, the innovative application of 5G in traditional industries will become an important economic growth point in the future.